Many children suffering from Attention Deficit Hyperactivity Disorder (ADHD) are also misdiagnosed as bipolar, and vice versa — adding to the difficulty of getting early treatment. 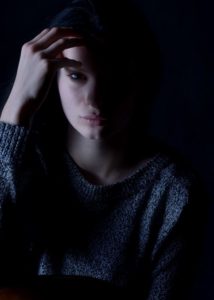 In addition, the hormonal fluctuations that often accompany adolescence can cause a pattern of behavior that’s similar in nature to bipolar disorder. A hormonal teen can experience mood highs and lows, sometimes within a very short period of time, which can confuse the diagnosis further.

Did you know that although bipolar disorder is more prevalent in young adults, it can manifest in children as early as six years old?

A hormonal teen can experience mood highs and lows, sometimes within a very short period of time, which can confuse the diagnosis further.

What is bipolar disorder in teens?

Bipolar disorder is a type of depression. Depression is classified into three types:

A teen with bipolar disorder often has extreme mood swings. These mood swings go beyond the day’s normal ups and downs. A teen may have times of great elation, happiness, elevated mood, or irritability. This is called mania. These episodes are countered by periods of major depression. That is why this disorder has two poles or symptoms.

Typically, a person displaying symptoms of bipolar disorder will:

How is adolescent bipolar disorder treated?

Treatment can often aid in the recovery of a teen suffering from bipolar disorder. However, it will take time. One or more of the following treatments may be used:

For more information on residential treatment for your teen struggling with bipolar disorder, contact us today. Since 2001 we have been educating parents about safe and quality teen help resources.