Conduct disorder is a serious behavioral and emotional disorder that can occur in teens. A child with this disorder may display a pattern of disruptive and violent behavior and have problems following rules.

It is not uncommon for children and teens to have behavior-related problems at some time during their development. However, the behavior is considered to be a conduct disorder when it is long-lasting and when it violates the rights of others, goes against accepted norms of behavior and disrupts the child’s or family’s everyday life. 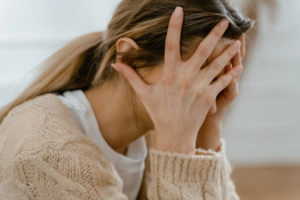 The exact cause of conduct disorder is not known, but it is believed that a combination of biological, genetic, environmental, psychological, and social factors play a role.

How Is Conduct Disorder Treated?

Treatment for conduct disorder is based on many factors, including the child’s age, the severity of symptoms, as well as the child’s ability to participate in and tolerate specific therapies. Treatment usually consists of a combination of the following:

Is your teen struggling with conduct disorder and you’ve exhausted your local resources? Learn the benefits of residential treatment. Contact us for a free consultation.