How to help my teen that is questioning their identity? If your teen is struggling with their sexual orientation this can be a difficult time for them. 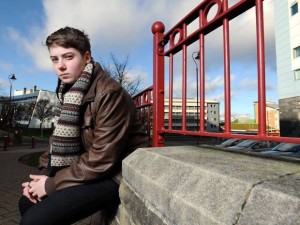 Let’s start with the definitions:

Be an educated and supportive parent

This is a time your child needs your support and understanding, but first you must take the time to educate yourself and understand it yourself. Stop looking to blame someone, including yourself, your spouse, a relative or a friend. This is about supporting and loving your child.

There are resources for parents to learn about LGBTQ.  According to The National Prevention Dropout Center/Network, a study in April 2015 reported 80 percent of gay and lesbian youth live in severe isolation.  Be there for your teen.

Lesbian, Gay, Bisexual, Transgender and Questioning (LGBTQ) youth are more likely than their heterosexual peers to experience difficulties in their lives and school environments, such as violence, bullying and cyberbullying.

Local therapy is always available if you need a counselor to help your family through this.

If you feel your teen is struggling and not able to overcome negative feelings and behavior, contact us for more information.