Is your good teen smoking pot and doing drugs? This is part of the challenges of smart teenagers making bad choices.

We are regularly contacted by parents when they hit their wit’s end — not only because of behavioral issues of their teenager, but they find out they have been smoking pot (marijuana) or vaping it. 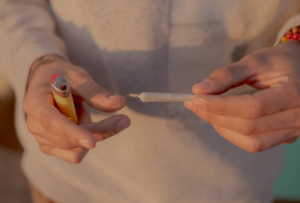 Whether it’s on a regular basis or for recreational purposes, the fact is, since marijuana has become legal in some states, many teens assume this means it’s a safe drug for them too.

Some parents are confused to how serious it can be. Not only for their health, but it’s having ramifications on their future too.

Is your teen being scouted for an athletic scholarship? Or are they considered for an academic one? Maybe applying for a job where drug testing is done.

Today the majority of colleges that are handing out scholarships are hiring third parties to monitor up to 4 years of social media background on their potential student. How will your teen stand-up to a Google rinse cycle? Are there any images or content of them at parties with substances? Remember, it’s not only about your GPA or athletic ability anymore — it’s about your online reputation. It’s equal to your offline character.

Quick tips to know if your teen is getting high from marijuana:

If you find your teen is actively using marijuana, you have won half the battle because you know what’s going on. This is a great benefit as many parents are in the dark. But what are the next steps to immediately take?

Contact us today for a free consultation – we help you find the right therapeutic boarding school for your troubled teen.