How to Help My Defiant Teen

Finding Help for My Defiant Teen

Was your teen diagnosed with oppositional defiance disorder? 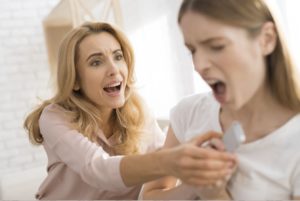 Oppositional defiance disorder (ODD) is commonly heard with teens especially as their hormones are raging and if they are also diagnosed with ADD or ADHD.

ODD is a condition in which a child displays an ongoing pattern of uncooperative, defiant, hostile, and annoying behavior toward people in authority. The child’s behavior often disrupts the child’s normal daily activities, including activities within the family and at school.

Many children and teens with ODD also have other behavioral problems, such as attention-deficit/hyperactivity disorder, learning disabilities, mood disorders (such as depression), and anxiety disorders. Some children with ODD go on to develop a more serious behavior disorder called conduct disorder. – Source Web MD.

Teens struggling with anger, rage, stress and anxiety due to ODD typically are not treated with medications.  It is about finding ways to handle the negative feelings and impulsiveness as they start escalating.

A pattern of negativistic, hostile, and defiant behavior lasting at least 6 months, during which four (or more) of the following are present ( Source-PsychCentral): 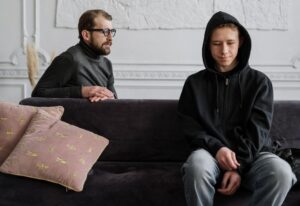 Seeking help through local therapy and possibly anger and stress management classes can be beneficial.

However as we know with most defiant teens will refuse to attend and will likely shut-down.  This is not in all cases, but it is very common.  Teens can be extremely stubborn.

This is why therapeutic boarding schools and residential therapy has been successful in treating these situations.  They are able to help your teen face their issues among their peers that are having the same feelings.

When they are placed outside of their environment it removes the pressures from home conflict and other issues that might be holding them back from opening up.  Don’t be mistaken, the family is still very involved in the recovery process.  It is about bring the family back together.

It’s rare that the one hour once a week on a counselors couch will make significant changes if you are dealing with a teen that has been struggling for over six months with these problems.

Also check our resources on the library page.

If you are struggling with your defiant teenager that’s causing family conflict or negative behavioral concerns and you have exhausted your local resources, learn more about how residential treatment can help your troubled teen and your family. Contact us today for  a free consultation.