Cell phone are here to stay. The smartphone generation.

By Cathie Ericson of Your Teen Magazine

Many of us parents, given the option, would snap our fingers and make smartphones—and all their complications—go away forever. But smartphones are here to stay, and your teen is now part of the smartphone generation. As you may already be discovering, there’s an inevitability about teens and phones, so we might as well face that reality head-on.

What do we worry about? Too much screen time, too little face-to-face socializing, and the potential pitfalls of social media. As smartphones become ubiquitous, teens have all the pressure associated with always being “on”—but potentially without the maturity to handle it. And that’s troubling. 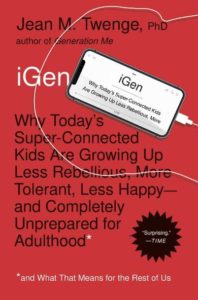 As reported in Jean Twenge’s new book iGen: Why Today’s Super-Connected Kids Are Growing Up Less Rebellious, More Tolerant, Less Happy—and Completely Unprepared for Adulthood, rates of teen depression have skyrocketed—a phenomenon the author links to smartphones. Boys’ depressive symptoms increased by 21 percent from 2012 to 2015, while girls’ increased by 50 percent. Research supports a connection between this shift and smartphone usage, finding that teens who report more screen time are more likely to be unhappy, compared to teens who spend less time than average with their screen.

Given these findings, why do we even allow our teens to have phones? In many cases, it’s almost as though we have no choice. Pew Research reports that three-quarters of teens have a smartphone, and a whopping 92 percent of them say they go online every day.

Your teens are likely to be among these connected teens—so, rather than “just say no,” how can parents set wise limits?

Easy to Love, Hard to Put Down: Setting Limits on Phone Use

Does it seem like your teen is constantly clicking and scrolling? To be fair, we might be, too. A survey from Common Sense Media found that 78 percent of teens reported checking their phone at least hourly, but 69 percent of parents said the same.

“I like to remind parents that they are the models,” says Dodgen-Magee. “If you don’t think they should use their device at night, then you shouldn’t bring yours to bed either.”

Which brings up one of the most important limits that should be set: Encourage good evening habits so the phone doesn’t interrupt their sleep. “If you only do one thing, keep the phone out of their room at night,” says one expert.

Of course, you know they are going to say it’s their alarm clock. Remind them of this novel invention—an actual clock, which you can find for about $10, says Twenge. “Even if the phone is off, it’s still too tempting to have it at the ready while they’re trying to wind down, or if they wake up in the middle of the night.”

Beyond that, the key is to make sure they are balancing their screen time with other activities. Twenge has found a direct correlation between negative teen mental health and the number of hours they spend on their devices, particularly on social media. While more research needs to be done on phones and mental health to determine exactly why these things are correlated, Twenge recommends parents err on the side of caution and look into one of the numerous apps like Freedom or Kidslox that allow you to set daily limits.

However, you probably shouldn’t outright take the phone as a punishment, as they often need it for homework or updates (like when the next soccer practice is). “It’s more productive to have a conversation about when they should unplug and help them develop a healthy balance.”

If you are struggling with your teenager’s internet addiction and you have exhausted your local resources, learn more about how residential treatment can help your troubled teen develop a healthy relationship with technology. Contact us today for a free consultation.