Is Your Teen Addicted to Video Gaming

Teens Struggling with Video Game Addiction and Getting Help

Are you concern with the amount of screen-time your teen spends gaming?

Whether it’s communicating with friends through social media, texting or chatting — or they are playing video games, it all involves screen-time.

What is video gaming addiction? 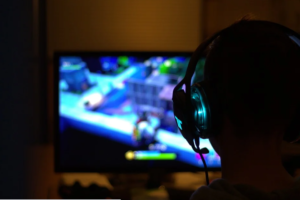 Experts say that just because someone uses the internet (video gaming) a lot, or even obsessively, doesn’t mean they’re addicted.

There is some controversy over whether video gaming is an addiction comparable to gambling, drug abuse, or alcoholism.

Video game addiction is not currently recognized as an addictive disorder in the Diagnostic and Statistical Manual of Mental Disorders, the definitive guide to psychiatric illness. But an obsessive preoccupation with games at the expense of real-life activities or obligations shares some of the characteristics of addictive behavior.

How can a parent tell when gaming has stopped being simple entertainment and become an addiction? Here are a few of the key warning signs to watch for:

Compulsive video gaming can have negative effects on a developing mind or body. Listed below are a few of the key concerns for teens: 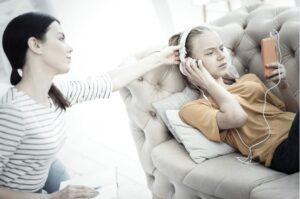 Have you tried home contracts, even bargained with your teen in order to limit screen time and nothing worked?

It might be time to consider a more extensive digital detox plan so your teens can develop a healthy relationship with technology.

The fact is — the internet is not going away. It’s imperative they learn coping skills to be productive and emotionally secure with their social media. There are too many young people living for likes and followers. Many teens actually base their self-worth on the number of likes or followers they have acquired. Sadly, this is now the world they live in.

Some of the more common psychological treatments of Internet Addiction Disorder include:

Have you exhausted your local resources? Is your teen struggling with their obsession with their device? Is their physical and mental health suffering? It might be time to consider residential therapy.

Contact us today for a free consultation – learn more about parent choices and helpful tips to research programs.