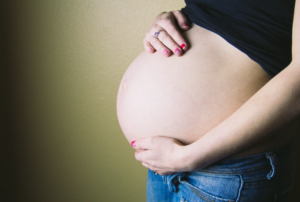 Life as a teenager in modern America is, to put it mildly, a difficult endeavor. Not only do teens struggle with a torrent of hormones that are simultaneously changing them physically while changing the way they think about and view the world.

Most teens had a year of in-person schooling taken away from them due to the pandemic, meaning they missed out on important social interactions that previous generations benefitted from.

The situation alone is enough to affect a teen’s mental health; however, for teens who are pregnant, it is just that much harder as they have more on their plates than most will have in their lifetimes at such a young age.

How Pregnancy Can Affect Mental Health

Both boys and girls will experience serious physical changes to their bodies during puberty. While many young people are excited by the prospect of “growing up”, others may find it upsetting as they are dealing with a rush of hormones that they are not yet used to. Teens feel their emotions much more strongly than they did when they were younger, both those of elation and sadness.

As soon as a teen begins ovulating, their body is prepared to become pregnant whether that teen is emotionally prepared to make the life-changing decision or not. About 750,000 teenage girls become pregnant annually in the United States, many of whom are not ready to take on the emotional, physical, and financial responsibility that comes with motherhood at that age. For teenage girls, even the act of telling their parents that they are pregnant can be a serious stressor on their mental health.

While more research needs to be conducted, a correlation between teen girls who are diagnosed with mental illnesses like depression, schizophrenia, and bipolar disorder and the increased likelihood that they will give birth versus their counterparts without diagnosed mental illnesses has been found. The stresses caused by pregnancy while a teen is still developing can compound mental health issues, increasing the likelihood that they will suffer from depression, anxiety, or increased intensity of a previously diagnosed mental illness.

The effects of teen pregnancy on mental health do not begin and end during the pregnancy itself. Teen mothers are much more prone to depression than older mothers and non-pregnant teens at a rate of 16-44%. There are a few different factors that play into this, from inadequate social support to poverty and lower education levels.

Despite the risks, antidepressants can be an effective method to treat depression in teen mothers. Teen moms are a uniquely vulnerable population, and due to the social stigma of teen pregnancy, the conversation around their mental health isn’t as widespread as it ought to be. The best approach is a holistic one, combining the services provided by clinicians, schools, primary care providers, and obstetricians to develop an appropriate plan for each mother.

How to Get Help

If you have a child or loved one experiencing teen pregnancy or you are a pregnant teen, there are ways to help prevent the negative mental health effects that pregnancy can bring about for teens. First and foremost, find a qualified family nurse practitioner who you can trust to help you develop a plan of action in dealing with depression and other mental health issues. Having a skilled medical professional explain everything clearly can be enough to relieve a huge amount of stress and pressure. 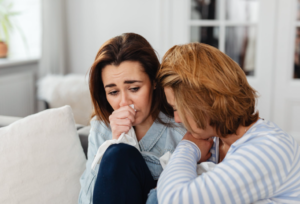 Finally, be open to having frank discussions regarding pregnancy. Asking questions never hurts, and the more that a teen knows about safe and healthy sex, the less likely it will be that any additional unexpected pregnancies occur. Additionally, when we shed the stigma of talking with teens about sex, it can help them to become more confident in themselves and more likely to reach out should they find themselves at odds with what they want to do and what they know that they should do.

Teens get pregnant. We are living in an era where we need to accept that fact and start to work collectively on making sure that teen mothers land on their feet, regardless of what decisions they make.

If you are struggling with your teenager that’s causing family conflict or negative behavioral concerns and you have exhausted your local resources, learn more about how residential treatment can help your troubled teen and your family. Contact us today for  a free consultation.