Before you lose a lot of money, and end up with your child back home, learn exactly why military schools are not the best fit for teens that are defiant, rebellious, doing drugs or struggling with mental health issues. Tuition for these schools start at about $30,000-$40,000 and you will forfeit it if your child is asked to leave. 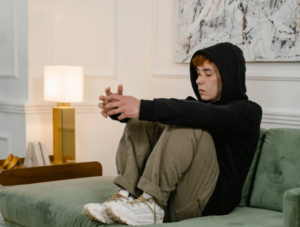 Questions to ask yourself:

If you are a parent struggling with a teenager that is using drugs, drinking, vaping, extremely defiant, has issues with depression and anxiety, sneaking out and other common risky behaviors — Military schools are not your answer.  Military schools are not designed to treat mental health issues such as depression, or developing coping skills for anger and stress management.

Military schools have been in operation for over one hundred years and offer a student the opportunity to reach their highest academic potential, as well as build up their self-esteem to make better choices in today’s society.

If a teen is lacking motivation or confidence, a Military environment could very well help them reach their potential. However if your teen has any type of defiance, anger or rage — you could be setting them up for failure and you risk losing your tuition when they are asked to leave for behavioral reasons. In many situations, ADHD students do very well in these structured environments. However, if they are involved in risky behavior, it is not a good choice.

Military schools are not for at troubled teens. Using a Military school as a threat to your teenager can backfire on you since it’s highly unlikely they would be accepted into this type of school. 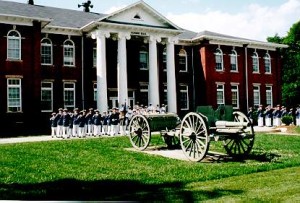 1. They are retirement outposts for retired officers.

Hollywood loves to portray military schools as retirement outposts for disgruntled officers with enormous grudges against just about everything and egos to match. (Think Taps with Timothy Hutton and George C. Scott.) The truth is that most military schools have a headmaster who is styled a commandant or superintendent according to military nomenclature.

Becoming an administrator in a military school is a perfectly logical next career step for an officer who has retired from active service usually in his ’40’s or ’50’s. Their egos? Most of them are pretty average. Their job is to run the school, hire the best faculty they can find, and manage the finances. That’s what any headmaster does.

The truth is that military schools are simply private schools with a particular emphasis. They are no more off the beaten educational path than, say, Christian or Muslim schools are. Put another way, they combine academics with military training. Most parents expect their son or daughter to graduate from a private school and matriculate to college.

So, whether you send your son or daughter to a military school or a prep school for high school, the objective is the same. Only the enrichment focus of the schools will be different. Instead of having 10 hours a week of religious education as you’d find in a parochial school, you will have 10 hours of military history and related subjects.

Some do. Some don’t. Many students and their parents see a military high school as a logical first step down the path to military service at some point. But it is just that: the first step. Going to college is the second step. Military service is the third step.

Military schools can help your child develop good habits of discipline and structure. Just about anything worth doing well requires lots of discipline. Discipline takes hard work, persistence, stamina, and time. Children need to learn how to work hard, be persistent, develop stamina and patience. A military school education can help provide the structure to accomplish those aims.

4. Military schools are for students who are troubled.

Military schools on the other hand provide a military-style structure to everyday life combined with comprehensive academic, athletic and extracurricular programs. Many parents and students find that appealing and therefore choose to attend a military school.

5. Going to a military school guarantees you a place in one of the service academies.

Going to a military school and doing extraordinarily well in every aspect of your life and work there will help. But the key to getting into one of the service academies is getting nominated by your congressman in addition to meeting the academy’s admission requirements.

Many military schools offer JROTC or Junior Regular Officer Training Corps. This is a Federal program sponsored by the United States Army. The Army cannot recruit high school students. So it uses the JROTC program to expose young people to the possibilities and potential of military service with the hope that some of them might choose to become part of the armed forces in later life.

Read: Where to Send My Troubled Teen.

If you have a troubled teen and are searching for teen help programs, please contact us for more information on alternatives such as residential treatment and therapeutic boarding schools.