States with Most At-Risk Teens During COVID

States with the Most At-Risk Teens for 2020 (During COVID) 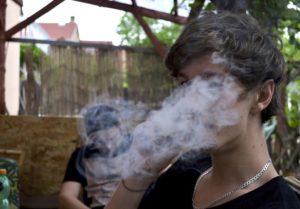 COVID has no doubt, brought more challenges for parents of teenagers. Many are having difficulties with social distancing and online schooling.

Growing up can be hard. Without a stable home, positive role models and tools for success, many young Americans fall behind their peers and experience a rocky transition to adulthood. Today, about one in nine individuals between the ages of 16 and 24 are neither working nor attending school. Others suffer from poor health conditions that hinder their ability to develop physically or socially.

Such issues not only affect young people later in life, but they also prove harmful to society as a whole. For instance, more than 70 percent of young adults today are ineligible to join the U.S. military because they fail academic, moral or health qualifications.

Research shows that when youth grow up in environments with economic problems and a lack of role models, they’re more at risk for poverty, early pregnancy and violence, especially in adulthood. The environment is even more difficult for these young Americans in 2020, as the COVID-19 pandemic has hurt the job market, caused schools to be held online and kept people far more isolated than usual. The pandemic is also a cause of severe stress, and some youth may not have anyone to turn to for support.

With about one in nine young Americans today neither working nor in school, exposing them to greater risk of poverty and violence, the personal-finance website WalletHub released its report on 2020’s States with the Most At-Risk Youth, as well as accompanying videos.

To determine where young Americans are not faring as well as others in their age group, especially in a year made extremely stressful by the COVID-19 pandemic, WalletHub compared the 50 states and the District of Columbia across 16 key indicators of youth risk. The data set ranges from share of disconnected youth to labor force participation rate among youth to youth poverty rate.

If you are struggling with your teenager’s behavior and you have exhausted your local resources, learn more about how residential treatment can help your troubled teen through emotional growth. Contact us today for a free consultation.