One small dose. That’s all it was.  She was an honor roll student, not into drugs, never in troubled or into partying. Tara Fitzgerald, only 17 years old, however, was curious to try LSD and on one night made one bad decision she never woke up from.

“We all feel immune to drugs because our kids are better than that – they know better, they’re going to be smarter and it’s not going to happen to us. Well, it can happen to anybody,” – said Tara’s father in the following video. 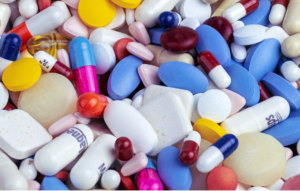 What is synthetic drugs?

A number of synthetic drugs on the market, including Ecstasy, LSD and methamphetamine, are described in other booklets in The Truth About Drugs series. This booklet gives the facts about “synthetic marijuana” (Spice or K2), “synthetic stimulants” (Bath Salts) and a drug known as “N-bomb.” These are among the synthetic drugs known as “designer drugs.”

What can parents do?

If you watch the entire segment of Dateline, you will discover that although parents want to be able to trust their teenagers, it doesn’t mean you stop checking in on them — assuming they are a good kid, and nothing is going on.

Tara’s parents would give anything to go back to that night and check in on her – rather than assume she’s a good kid – all is just fine.

If you are struggling with your teenager using drugs and have exhausted your local resources, learn more about how residential treatment can help your troubled teen make better choices. Contact us today for  a free consultation.