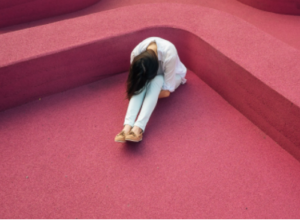 Adolescence is a pivotal time in a child’s development. They begin to make decisions, develop relationships, and take on more responsibility in their lives. The lessons and habits they learn will stick with them throughout adulthood. Teens are impressionable.

The relationships they have when they’re young, both personal and romantic, can have lasting effects.  Teen dating violence is a serious issue. Not only does it harm the teen, but it also has lasting consequences that can follow them throughout adulthood.

Teen dating violence (TVD) is the physical, sexual, and psychological abuse experienced as a teen in a dating relationship. Although abuse is more common in middle-aged women, millions of teens every year experience some form of teen dating violence. TVD can take many forms and can happen both in-person and digitally. Teens who experience dating violence are more likely to be victims of domestic violence in adulthood. Since October is Domestic Violence Awareness Month, it’s important to share information on these topics to help those that are victims and prevent any further abuse.

Although emotional abuse is the most common form of teen dating violence, it can be the hardest to detect. Abusers will act friendly around friends and family, then flip a switch when they’re alone with the victim. Many victims don’t notice the signs of emotional abuse. They tell themselves that it isn’t that bad or blame themselves for the abuser’s actions. Emotional abuse can cause a victim to have low self-esteem, depression, anxiety, and increased levels of guilt and shame.

Financial abuse can have detrimental long-term consequences such as dropping out of school, giving up academic and job opportunities, being financially reliant on the partner, and having little to no money to their own name. The effects of financial abuse are amplified when a teen has a debit or credit card.

Abusers can gain access to their accounts and rack up debt in their name. This can cause teens to enter adulthood with severe debt and a low credit score. Although it may not seem important to a teen now, financial abuse can make reaching milestones like attending college or making big purchases much more challenging. Things like buying a home have certain credit score requirements, that financial abuse survivors may not be able to meet.

Physical violence is the intentional hurting of a partner’s physical body. Biting, hitting, kicking, choking, throwing, and beating are common forms of physical abuse. Many abusers will create excuses for physical violence, blame the victim, or will make the abuse seem like an accident.

This form of abuse is the easiest to identify since it often leaves victims with bruises and scars. However, many victims will cover up any signs or markings by wearing long clothing or applying makeup to their wounds. If you notice your child wearing long sleeves and pants on a hot day, it can be an indicator of physical violence. Some other red flags for physical violence are: 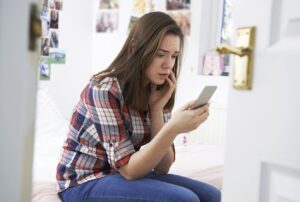 Sexual violence, also known as sexual assault, is when a victim is pressured physically or emotionally to engage in sexual activity. Sexual assault is not limited to intercourse. It can be any unconsented sexual touching, sexting, or sending explicit pictures of a partner to others.

Sexual violence is another way abusers control and manipulate their victims for their gain. This form of abuse is the hardest for teens to talk about. However, some warning signs to look out for include:

If you notice these signs, have an open conversation with your teen. Create a safe space for them to speak their truth. Sexual violence can lead to unwanted pregnancy or a sexually transmitted infection/disease that, if not treated early on, can end severe health risks. Sexual violence also has long-term effects on a victim’s mental health. It can cause a victim to develop an eating disorder to reclaim a sense of control, PTSD,  numbness, and fear of sexual interaction or intimacy.

Stalking is the repeated unwanted contact and attention from a partner. Some forms of stalking include an abuser showing up at the victim’s house unexpectedly, physically following a victim, sending unwanted texts and phone calls to the victim, tracking the victim through social media, and hiring or making other people follow you. Stalking is a tactic used to make the victim fearful and is often used when the victim leaves the relationship. It may not seem as dangerous but if not addressed early, can continue long after teenage years.

Some red flags of stalking include:

If you suspect that your teen is being stalked it may be wise to take legal action against the abuser. Consider getting a restraining order to put a stop to this manipulation. Stalking may not seem like much, but it can implicate a child’s life, and if it persists, can lead to rather dangerous or life-threatening situations.

What Parents Can Do

If you are struggling with your teenager that has been violated and have exhausted your local resources, learn more about how residential treatment can help your teen with emotional wellness. Contact us today for  a free consultation.