Effective Strategies For Keeping Your Teen Away From Alcohol

Ways to Keep Your Teens Away From Alcohol 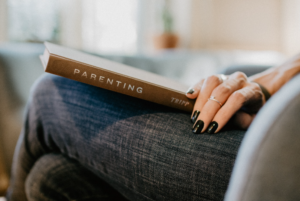 Alcohol use and abuse in teens is every parent’s fear. While fear for this lives in every parent, prevention of this isn’t always attainable. According to The National Institute on Alcohol Abuse and Alcoholism, in 2019 alone, 7 million people, ages 12 to 20, reported that they drank alcohol beyond “just a few sips” in the past month. In fact, binge drinking is more common in underage drinkers. The NIAAA reported that 4.2 million young people admitted to binge drinking at least once in the past month.

Alcohol is undeniably accessible to underage people, and a relentlessly growing issue. As a parent of a child who participates in drinking, it’s understandable to feel like you’ve exhausted your options. Here are some less typical, and highly effective approaches to try out.

Before you can address your child’s drinking habit, being able to see the signs of drinking can help you assess the magnitude of the problem. Here are some things to look out for:

If your child demonstrates these signs on a regular basis, it’s likely they participate in drinking frequently.

Don’t make alcohol (or any other substances, while we’re on the topic) a taboo subject at home. Adopt an educational parenting style by teaching your kids about the dangers of alcohol, and establishing your rules clearly. Your kids have an innate yearning to please you. Simply communicating your stance can help your children form similar opinions.

NPR released an article about parenting style and its influence on underage drinking. It’s a commentary on parents’ effectiveness when establishing house rules early on. For the parents that don’t make rules, children were about three times more likely to participate in heavy drinking. So find the balance. Don’t get caught up in being the “cool” parent, keep the talk an ongoing conversation, and lay out the rules. 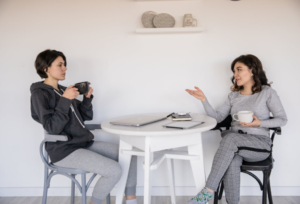 Have an open conversation with your teen about your awareness of their drinking. It’s likely you’ve learned that the more oppositional you are, the more they’ll make a double life out of their partying. The last thing you want is your intoxicated teen getting behind the wheel because they don’t think they can call you, and ending up in a severe car accident.

Trust allows you to be involved enough to keep your child safe, as well as remain an influence in their life. Dealing with this is definitely a matter of playing the long game, but the return on your investment will make it worthwhile.

Rather than punishing your child by taking their privileges away, get them heavily involved in activities. Whether that’s sports, clubs, or school leadership, filling their day with commitments that demand their sobriety may allow them to take responsibility for their schedule. It’s a bonus that they’ll be involving themselves with a group of kids that don’t participate in drinking, as the kids with a drinking problem tend to self-isolate. Minimize your child’s risk of doing the same by honing in on their community involvement (and being their ride).

There is no one-size-fits-all way to tackle underage drinking, but there are pillars you can live by; being a present, loving, and involved parent. Weigh the battles you fight with your kid, and nurture the relationship as much as possible. You’re their insight into the world, so take that responsibility head-on and be the example they need.

If you feel your teen is abusing alcohol or drugs and you have exhausted your local resources, contact us to learn about how residential treatment may be able to benefit your family.