What is Conduct Disorder in Teens?

Is My Teen Struggling with Conduct Disorder? 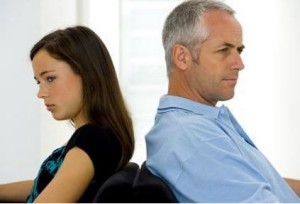 What is conduct disorder?

We hear so many labels these days with teenagers, ADD, ADHD, ODD, bipolar – there is always family conflict and I frequently am asked about conduct disorder.

Conduct disorder is a set of ongoing emotional and behavioral problems that occurs in children and teens. Problems may involve defiant or impulsive behavior, drug use, or criminal activity.

Conduct disorder has been linked to:

The diagnosis is more common among boys.

It is hard to know how common the disorder is. This is because many of the qualities for diagnosis, such as “defiance” and “rule breaking,” are hard to define. For a diagnosis of conduct disorder, the behavior must be much more extreme than is socially acceptable.

What are some of the symptoms?

Children with conduct disorder tend to be impulsive, hard to control, and not concerned about the feelings of other people.

These children often make no effort to hide their aggressive behaviors. They may have a hard time making real friends.

How can parents treat conduct disorder?

Treatment for conduct disorder is based on many factors, including the child’s age, the severity of symptoms, as well as the child’s ability to participate in and tolerate specific therapies. Treatment usually consists of a combination of the following:

If you are struggling with your teenager that’s causing family conflict and have exhausted your local resources, learn more about how residential treatment can help your troubled teen. Contact us today for  a free consultation.